Survival Gear is the most unused product until a natural disaster happens, then it’s the most desired products, but usually too late to help those that really need the help.

We sell around the World, and pride ourselves on offering a level of customer service that we would want to see ourselves if we were shopping online.
Our product ranges change regularly, so we hope that you come back to our sites to see some of the fantastic offers that we regularly have.

The Death Of Truth

This article was originally published by Michael Snyder at The Economic Collapse Blog. 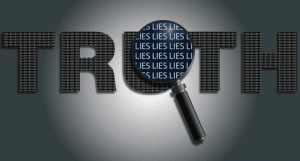 Over the past several days I have had some time to think, and my thoughts have repeatedly turned to the current state of the Internet.  For a couple of decades, after it was popularized, the Internet was one of the greatest tools for free speech that the world has ever seen.

It allowed ordinary people like me to share the truth on a massive scale with other ordinary people all over the planet.  I have always been grateful for that opportunity, but now our ability to share truth with one another over the Internet is being systematically eroded.  Nobody can deny that this is taking place, because it is literally happening right in front of our eyes.  Over the past decade, control of the Internet has become increasingly centralized.  The big tech companies have become exceptionally powerful, and they have become addicted to using that power to suppress speech that they do not like.

This is an extremely dangerous trend because the Internet has become the primary way that the vast majority of us communicate with one another.  It truly is our modern version of “the marketplace of ideas”, but now the big tech companies are absolutely determined to distort it into something else entirely.

At this point, there are a whole host of ideas that you aren’t allowed to freely discuss on the Internet anymore.

In fact, there are a whole host of questions that you aren’t even allowed to ask.

When a society gets to a point where you aren’t even allowed to ask questions, that is a very clear sign that you are living under a very oppressive authoritarian regime.

Years ago when they started banning various prominent voices we all knew that it wouldn’t end there.

Today, the big tech companies have no problem banning literally anyone.  For example, Congresswoman Marjorie Taylor Greene just got permanently banned on Twitter…

Twitter permanently blacklisted the personal account of a sitting member of Congress, Rep. Marjorie Taylor Greene (R-GA) over the New Year’s weekend. “Twitter is an enemy to America and can’t handle the truth,” Rep. Greene said, in a statement responding to the ban. “That’s fine, I’ll show America we don’t need them and it’s time to defeat our enemies.”

Rep. Greene has one of the largest followings on social media of any Republican member of Congress. Prior to her ban, she had over 465,000 followers on Twitter, meaning the Republican party and conservative movement has lost one of its most influential accounts on the platform.

Five years ago, if you told me that the big tech companies would start banning our politicians in Washington, I would have told you that you were crazy.

But now nobody is safe.  Once Twitter and Facebook banned a sitting president, we all knew that there was no going back.

Of course, the pandemic has given the big tech companies an excuse to push their levels of censorship to even higher levels.  Just a few days ago, Twitter banned Dr. Robert Malone just before he was interviewed by Joe Rogan…

Dr. Robert Malone played a key role in the invention of the mRNA vaccine, the type of vaccine that is being administered to many Americans in an effort to stave off COVID-19. Malone has often been critical of the use of the vaccines, as well those in the media and government who support them.

He shared a great deal of research on his Twitter account, which had more than half a million followers.

“We all knew it would happen eventually,” Malone said on his Substack. “Today it did. Over a half million followers gone in a blink of an eye. That means I must have been on the mark, so to speak. Over the target. It also means we lost a critical component in our fight to stop these vaccines being mandated for children and to stop the corruption in our governments, as well as the medical-industrial complex and pharmaceutical industries.”

So now it appears that Twitter is preemptively banning people.

We truly have entered “Minority Report” territory, and that is extremely chilling.

Considering everything that has been happening with the pandemic, you would think that we would want to hear what one of the inventors of mRNA technology has to say.  Dr. Robert Malone has decades of experience, and he had been one of the most respected names in his field.

But because he has viewpoints that don’t align with the official narratives being pushed by the pharmaceutical industry, he is being blacklisted by the big tech companies.

If you think that you can get around all the censorship by simply refusing to use the big tech company platforms, you are wrong.

Just consider this example.  Gateway Pundit is reporting that T-Mobile is literally erasing links to their articles from text messages…

Hi Jim. In one of the screenshots you can see where my sister tried to send me your website link four times but I never got it. The other two screenshots it shows me sending a link to one of your articles, that’s the one with the picture of the fox in it. In the other screenshot from my sister it shows that she never received the link. The text message it still has the fox in it. I hope this helps. But what I realized is it’s actually just my boost T-Mobile carrier that’s blocking your links. I have a friend in the 949 area code and he was able to send it to his wife, however, I can only receive it in a group text. Let me know if you have any more questions. Thanks. Mark.

I have had a similar experience with articles written by Mike Adams of Natural News.  When I try to send links to Natural News through Facebook Messenger, the links are simply erased from the messages somehow.

That is the level of censorship that we are now facing.

They literally want to control what we see, what we hear and what we think.  And of course this is setting the stage for a level of authoritarianism unlike anything we have ever seen before in all of human history.

Without freedom of speech, all of our other freedoms will rapidly become meaningless.

Sadly, at this point freedom of speech in the United States is getting pretty close to being completely wiped out.

Our Republic is rapidly dying, and millions upon millions of Americans are cheering as it happens.

The big tech companies have become the arbiters of truth, but most of the “truths” that they are relentlessly pushing are actually lies.

I don’t know if there is a way out of this mess, but we must find one, because the future of our society hangs in the balance.

***It is finally here! Michael’s new book entitled “7 Year Apocalypse” is now available in paperback and for the Kindle on Amazon.***

About the Author: My name is Michael Snyder and my brand new book entitled “7 Year Apocalypse” is now available on Amazon.com.  During this season, I would like to encourage you to send digital copies of my new book to your family and friends as gifts.  That will help to support the work that I am doing, and it will help to multiply the impact of the book.  In addition to my new book, I have written five other books that are available on Amazon.com including  “Lost Prophecies Of The Future Of America”, “The Beginning Of The End”, “Get Prepared Now”, and “Living A Life That Really Matters”. (#CommissionsEarned)  By purchasing the books you help to support the work that my wife and I are doing, and by giving it to others you help to multiply the impact that we are having on people all over the globe.  I have published thousands of articles on The Economic Collapse Blog, End Of The American Dream, and The Most Important News, and the articles that I publish on those sites are republished on dozens of other prominent websites all over the globe.  I always freely and happily allow others to republish my articles on their own websites, but I also ask that they include this “About the Author” section with each article.  The material contained in this article is for general information purposes only, and readers should consult licensed professionals before making any legal, business, financial, or health decisions.  I encourage you to follow me on social media on Facebook and Twitter, and anyway that you can share these articles with others is a great help.  During these very challenging times, people will need hope more than ever before, and it is our goal to share the gospel of Jesus Christ with as many people as we possibly can.

The post The Death Of Truth first appeared on SHTF Plan – When It Hits The Fan, Don’t Say We Didn’t Warn You.

Survival Tips – How To Build The Best EDC Kit